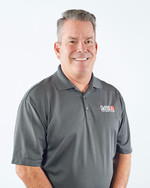 Thomas V. Taylor has served as our Chief Executive Officer and a member of our Board since December 2012. Prior to joining us, Mr. Taylor began his career at age 16 in 1983 at a Miami Home Depot store. He worked his way up through various manager, district manager, vice president, president, and senior vice president roles to eventually serve as the Executive Vice President of Operations with responsibility for all 2,200 Home Depot stores and then the Executive Vice President of Merchandising and Marketing, again for all stores. After leaving Home Depot in 2006, for the next six years, Mr. Taylor was a Managing Director at Sun Capital Partners. During his tenure, he was a board member for over twenty portfolio companies in the United States and Europe. Mr. Taylor currently serves on the board of directors of National Vision Holdings Inc., an optical retailer, and Cooper’s Hawk, a differentiated wine club and restaurant concept. Mr. Taylor’s significant experience as a board member and his expertise in the home improvement retail industry led to the conclusion that he should serve as a member of our Board. 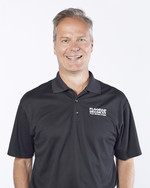 Trevor S. Lang is our President. Mr. Lang joined the Company as Senior Vice President and Chief Financial Officer in 2011, and was promoted to Executive Vice President of Professional Services and Chief Financial Officer in October 2014 in connection with his assuming responsibility for leading our in-store Pro and Commercial businesses. In 2022, he was promoted to President and is responsible for our Store Operations, Marketing, eCommerce and Technology functions. From 2007 to 2011, he served as the Chief Financial Officer of Zumiez Inc. and also served as its Chief Administrative Officer beginning in April 2010. Previously, he had served as Vice President of Finance for Carter's, Inc. since 2003. At Carter's, Mr. Lang was responsible for the management of the corporate accounting and finance functions. From 1999 until joining Carter's in 2003, Mr. Lang served in a progressive series of Vice President roles in the finance area at Blockbuster Inc., culminating in his role as Vice President Operations Finance where he was responsible for accounting and reporting for over 5,000 company-owned and franchised stores. From 1994 until 1999, Mr. Lang worked in the audit division of Arthur Andersen reaching the level of audit manager. Mr. Lang is a 1993 graduate of Texas A&M University with a B.B.A. in Accounting. He is also a Certified Public Accountant. 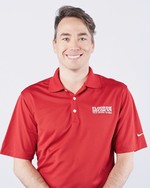 Bryan H. Langley is our Executive Vice President and Chief Financial Officer and has responsibility for our accounting and controllership, financial planning and analysis, financial reporting, tax, internal audit, business intelligence and data science, and treasury functions. Mr. Langley joined the Company in 2014, where he has served the company in various positions of increasing responsibility in corporate strategy, financial planning, and accounting. Prior to 2014, Mr. Langley held various finance and risk management roles at Delta Air Lines, Inc. Mr. Langley began his career in public accounting holding positions in transactions services and auditing at KPMG LLP. Mr. Langley is a graduate of University of Georgia with both a B.B.A. in Accounting and a Master of Accountancy. Mr. Langley is also a Certified Public Accountant. 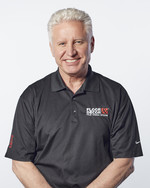 Brian K. Robbins is our Executive Vice President, Business Development Strategy. He joined the Company as Senior Vice President—Supply Chain in 2013, was promoted to Executive Vice President in 2016 and assumed responsibility for our real estate function in 2017 and commercial business in 2018. In 2018, his title changed to reflect these additional responsibilities. Prior to joining us, Mr. Robbins was a senior supply chain or merchandising executive with three portfolio companies of Cerberus Capital Management since 2009. He had also held senior supply chain roles with GE and DuPont, and was a Merchandise Vice President with Home Depot. Early in his career, Mr. Robbins received his CPA certificate and held various accounting positions with Grant Thornton, Scripps Howard and PricewaterhouseCoopers. Mr. Robbins is a graduate of Miami University with a B.S. degree in Education, majoring in Industrial Management. 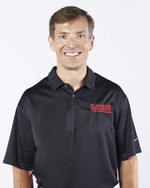 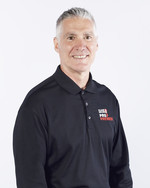 Steven A. Denny is our Executive Vice President, Store Operations and is responsible for all store regions, design services, regional merchandising and safety and asset protection. He joined the Company as a Chief Executive Merchant in 2013 and was promoted to Senior Vice President, Stores in 2017 and Executive Vice President, Stores in 2020. From 2000 to 2013, Mr. Denny held a variety of roles at Home Depot and most recently served as the Western Division Field Merchandise Manager. Mr. Denny brings over 35 years of retail and commercial experience in store operations and merchandising with Builders Square, BMC West, Ernst Home & Nursery and Home Depot. 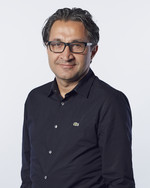